Once in grad school I read an essay by a distinguished political philosopher.  She was arguing for the value of common politeness in capital-P Politics.  I liked the idea, but this turned out to be one of those readings your professor assigns in order to trash it.  The objections, as I recall, had to do with the fact that polite greetings or pleasantries are not fundamentally meaningful forms of communication.  A short while later, I ran into my professor in the hallway and she didn’t return my hello.  I may not always have been the best student, but at this moment she just seemed like an ass.

It’s hard for me to pin down, in any exact or generalizable way, what I think the value of polite pleasantries is.  But I can say for sure that lately I am not the only person who values them.  My hometown of New York City, rarely famed for its politeness, has become a wide bastion of “please”s and “thank you”s and “how are you?”s and “you have a good day”s.  Small talk is on the rise.  You look more clerks and baristas and fellow passengers in the eye.  You see them and they see you.  It’s not 100% clear what we all think this acknowledgment means, but it’s not nothing.

Maybe New York has been this way for a while. But I started to notice right after the election-pocalypse.  I watched people hold subway doors for strangers, which is unusual enough, but more unusual still was the fact that no one in the subway car minded.  The vibe seemed to be: we are all in this together, we all need to get somewhere.  As a rule, New Yorkers usually, wonderfully, leave each other alone in public.  And so on the day that I voluntarily helped a stranger carry her stroller up a flight of stairs, I realized all over again that we were no longer living in normal times.

Now, I don’t mean to say that suddenly everyone is nice, because of course that’s never going to be true.  Four years on the job and the security guard whom I see every day at work still doesn’t acknowledge me.  Yesterday night, I watched a man carelessly whack his shopping bag into another woman’s arm as they passed each other on the sidewalk.  (She turned around pissed, while he kept walking, indifferent.)  Yet the change I’ve been sensing is one of degree.  Rudeness still happens, but it’s as if people are trying harder to hold is back, keep it in check.

As far as I can tell, people aren’t behaving like this because they think politeness is the answer to everything.  The mood I’m sensing leans less toward pontificating and more toward just doing–less “can’t we all get along?” and more simply getting along.  That distinction is important, because when you live in a world where there are actual Nazis to punch or Confederate flags to rip down, “can’t we all get along?” starts to sound like an extra bullshit alibi for not doing hard and necessary work.  In such a world, motivated acts of what might under other circumstances be rudeness begin to take on the sheen of moral imperative.  (And if you don’t believe me, look at California Democratic Representative Maxine Waters, who’s been giving the nation a master class on the calibrated political art of how to negotiate but never with terrorists.)

Moods are hard things to describe, but other people I talk to are also noticing something.  A friend says New York now feels like it did after 9/11, like everyone is huddling together, waiting for the other shoe to drop.  Another friend wonders if New Yorkers feel guilty that our city unleashed on the US two of the least-loved presidential candidates in modern memory, let alone a President who makes Nixon look legitimate.  For my part, I wonder about terrorist attacks.  Some days I carry my passport with me to work just in case, you know, I can’t go back to my apartment.  Other times I fantasize about dying in the same fade-to-black that kills my dog, so neither of us has to live without the other.  I scan rooms for exits, and, by the same impulse, I make sure to mean it when I say “Take care of yourself” to the woman who makes my coffee or the guy who swipes my ID at the gym.

These nervous behaviors are all different manifestations of the same fantasy: that things will work out.  Like a lot of people shuffling from day job to news alert, from fear to outrage, I have lost track of what “things” are or what it would even look like for them to “work” let alone “work out.”  But wow do I cherish the idea that I might get to see it anyway: good or bad, live or die, I want something to renovate this everyday world that was lately repainted a whiter shade of despair.  At least the lies and the thefts would stop–or, more cynically, perhaps more accurately, at least they would go back behind whatever closed doors where they used to hide. 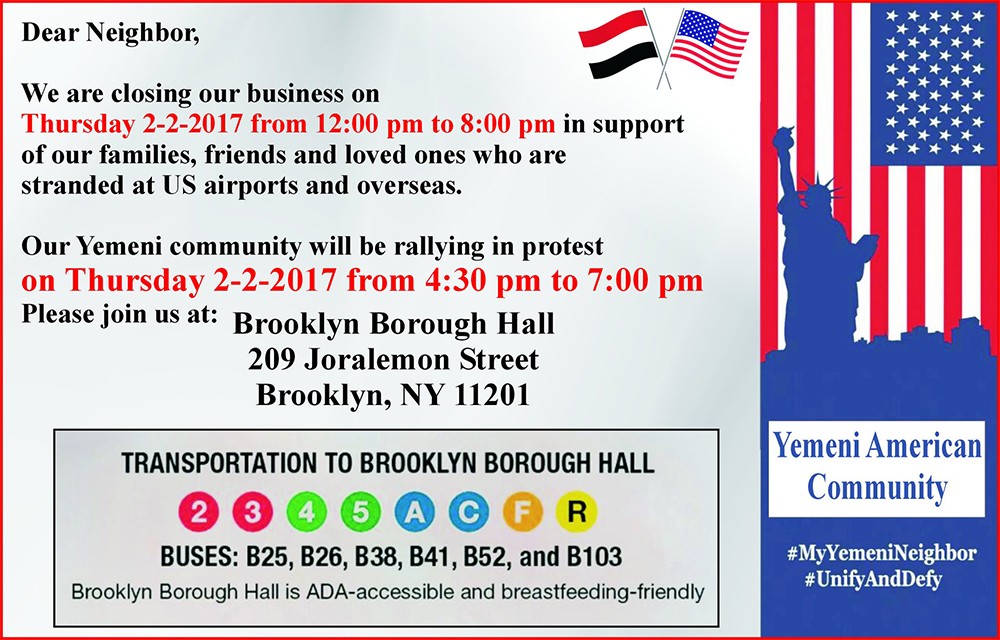 It feels important to say that I’m not getting lost in these fantasies.  My boots are on the ground and my fists are in the air.  I’m showing up to protests and teach-ins, and I’m making connections with people there.  But if democracy is in the streets–and these day it really, amazingly is–my point about all the small talk is that, at a lower frequency, democracy is also in the bodega, and by the mailboxes, and in the laundry room.

It’s not normal, but it’s getting us through.  I am seeing my neighbors and they are seeing me, and we are looking each other in the eye, and saying “please” and “thank you.”  We’re doing it because we don’t know what else to say, or because we know that nothing we can say is enough.  We’re improvising, and like any desperate people trying to carry on, we’re improvising with the same old props–in this case, the same old words–that we’ve always had lying around.  We say “Have a good day” to mean, “I’ve got your back if you need it, and I thank you for having mine” or “You’re there, and I see you, and we don’t have the luxury of ignoring each other.”  “How are you doing?” the grocery checker asks.  And because she does, I can say, “I’m doing my best.”