As an eleven-year old-girl growing up in the 1980s, I was sure I was some variety of previously unclassified monster. I had a million words at my command, but still couldn’t make adults understand me. I stared in the mirror wondering if I was pretty and good, and also wondering why I cared. I felt, in other words, like a “weirdo”—but I wasn’t. This was the completely average experience of an eleven-year-old girl in the Reagan-era suburbs. But it was an experience I rarely saw reflected back to me in the movies I watched — despite the fact that the 1980s were supposedly a golden era of movies for young people.

Into this gap moves Netflix’s Stranger Things. As countless commentators have noted, the show offers a very smart brand of nostalgia: the kind that, instead of mocking or aping an earlier era, makes you long for a time you didn’t realize you were missing. Some of this feeling, of course, is screen memories: Stranger Things feels like the 80s because it mimics so accurately the movies we watched in our youth—all of those Spielberg, Carpenter, and Hughes films, not to mention myriad adaptations of Stephen King. But at the same time, in a way that few if any critics have pointed out, it repairs a gaping hole at the center of those movies: their inability, in films all about the wonders of childhood, to imagine the inner lives of girls.

Take The Goonies, for instance, a movie lovingly invoked by Stranger Things, not only in its detailed portrayal of pre-adolescent friendships but in its deft attention to class. There are exactly two girls in The Goonies: Andy, a cheerleader so intent on making out with a particular boy that she ends up accidentally snogging his younger brother, and Stef, a tomboy who spends most of the movie rolling her eyes and audibly scoffing. Andy and Stef are girls defined through and against boys: Andy is boy-crazy, and Stef desperately wants to be a boy.

As portrayals of 80s kidhood went, E.T. was a bit better; there was so little that was aggressively boylike about Elliot. But while his sensitive outsiderhood invited girlish empathy, his disgust at E.T. in Gertie’s dress-up clothes was a slap. John Hughes’s movies, those cherished staples of 80s adolescence, also offered little; neither Sixteen Candles’s Samantha nor Pretty in Pink’s Andie was particularly complex. (And the fact that two of the most iconic 80s teen girls are named Andy should tell you something about how 80s movies felt about girlhood.) Though Molly Ringwald’s soulful stares and barely-concealed disgust made her a model of seething teenage angst, even those films still defined their female characters primarily in terms of their relationships with men.

Stranger Things, to my relief and delight, tweaks these sources and others to create female characters who aren’t just props in boys’ stories. When Nancy and Barb first appear in Stranger Things, they look like Andy and Stef: Nancy is all aflutter about her budding relationship with school jock Steve; Barb, in her choking flowered top and mom jeans, seems to be actively warding off male sexual interest. A lesser show—an 80s show—would have made Nancy’s arc all about her encounter with Steve; an 80s horror movie would have killed her for it. But for Stranger Things, Nancy’s choice to sleep with Steve is a minor aspect of her character, defined primarily by her development into a “badass.” Barb’s mental inventory of Nancy’s underwear, meanwhile, hints at a possible attraction without turning Barb’s sexuality into an object of ridicule. If she’s a lesbian, she’s neither monstrous nor man-hating, nor is she trying, like Stef, to shed her loathsome girlness.

Even more than Nancy and Barb, Eleven redeems, retroactively, all of the disappointment of being a girl in the 1980s watching beautifully rendered portrayals of (pre-)adolescent life that cared only for boys or, at most, boys as seen through the eyes of girls. She embodies how terrible and wonderful and frightening and overwhelming and fun and sad it was to be an eleven-year-old girl during the waning years of the Cold War. I, unlike Eleven, had more vocabulary than “yes” and “no” and was well versed in the roller coaster joys of the La-Z-Boy. But her alienation is completely familiar.

The most compelling aspect of Eleven’s character is how terrified she is by her own feelings. Raise your hand if you would have flipped a van for your sixth-grade crush. Mine was Eric Berg, and I would have done it in a heartbeat. And then I would have been horrified by my own strength. “What is WRONG with you?” Mike demands to know when Eleven hurls Lucas against a wall to stop him punching Mike. What’s wrong is how much she feels: so much she can tear through water with her screams, so much she can open a gate to another dimension.

Adolescent girls have long been taught that our feelings—particularly our new and confusing feelings about boys (or girls, as the case may be)—are the most dangerous thing on earth. To put it in terms that Avidly readers understand: Jo gets mad, so Amy drowns. Emotions kill. Stranger Things doesn’t deny this; it literalizes it, then reminds us that emotions also save and heal. To my pre-adolescent self, Eleven would have been a revelation: a strange girl whose friends (even, eventually, Lucas) accept her as just another kind of weirdo, whose worthiness doesn’t depend on her performance of femininity, whose power is protective and not just destructive. 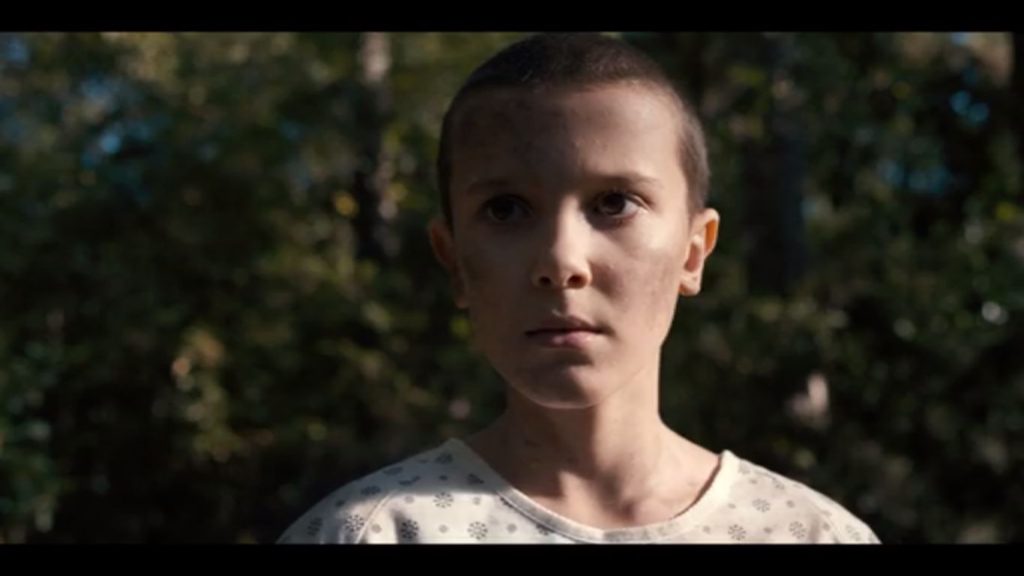 Fortunately, those of us who grew up in the 80s also experienced the 90s, where Dana Scully and Buffy Summers awaited us. But with its flawlessly staged setting and piled-up homages to 80s movies, Stranger Things has performed a kind of time travel: it has reached back into my memories, Total Recall-like, and inserted characters who now seem as though they were there all along. Nancy, the nerd-turned-monster killer who can like more than one boy at once. Barb, the buttoned-up babygay whose best friend won’t let her be disposable. Eleven, the terrifying, funny, scared, brave, smart weirdo whose feelings could save the world.