When you’re drunk and puking, you need someone to hold your hair. It’s just too much otherwise: you can’t brace yourself, get the puke going in the right direction, and keep your hair from tendriling into the vomit all at the same time.  This is something every long-haired drunk puker knows.  And what every long-haired drunk puker also knows is this: some people are better at holding your hair than others.

It’s our contention that this basic fact of long-haired drunk puking is also a hitherto underutilized tool for literary criticism. What literary characters would you most want to hold your hair while you heaved over the bowl? Pondering this question, examining who would hold and who would hinder, effectively opens up the question of how different works of art explore the moral values that sustain human relationships.

Don’t Hold My Hair:
Meg: Shut up, Meg.
Beth: She’d be great but you’d feel guilty the whole time.
Jo: At first you’d be like, yeah, Jo, come help! But then she’d go and get her fucking cap or something and be all heroic and talk too loud and then you’d be secretly hating her while she wiped too hard at your face and you’d have to be like, JO, this is puke, it is not the fucking Civil War.
Laurie: It’s not funny, Laurie.
Mr. March: Pious.

Hold My Hair:
Amy: This is gonna be controversial but we’re  PRO AMY as a hair holder, but only early Amy, so attuned to the abjections of being a young woman. Bonus: pickled limes good for swamp mouth after.

Don’t Hold My Hair:
Rochester: Judgy; only one arm.
Jane: She’d go off to get you water and would get distracted painting a portrait of you on a piece of ivory
St John: NO SERMONS BY A TOILET BOWL!
Grace Poole: Rough with the towel.
Helen Burns: Too busy coughing.

Hold My Hair:
Bertha: If anyone awful came to try and talk at you, she would burn them fucking DOWN.

Hold My Hair:
Elizabeth Bennett: It’s not stated directly in the novel but Elizabeth’s great skill as a hair holder is actually what explains her enduring popularity

Don’t Hold My Hair:
Ishmael: No towel philosophy, pls.
Starbuck: Too New England
Queequeg: Puking not a good time for cuddling, actually
Ahab: Wrapped in own misery, can’t be bothered

Hold My Hair:
Stubb: Otherwise loathsome sanquineness sort of appealing in this context

Don’t Hold My Hair
Skimpole: Would take pictures and post on Instagram
Jarndyce: East wind blowing!
Jo: Plague
Tulkinghorn: Wouldn’t help but might leave a towel next to you
Ada: No!
Mrs. Jellyby: Only interested in telescopic drunk hair-holding

Hold My Hair:
Lady Dedlock: Really silent, firm hand.
Inspector Bucket: Has seen so much worse
Esther: This is why she’s such an ideal party guest, veils notwithstanding

Don’t Hold My Hair:
Tom: Seriously who would make Tom hold their hair, only someone terrible.
Eva: Kind of a priss. Ringlets.
Cassie: Cassie could but Cassie might not.
Marie St. Clare: Sick Head Ache
Augustine St. Clare: Chatters too much; negligent about splatter

Hold My Hair:
Ophelia: Actually she would only hold St. Clare’s hair and you know she’s done it more than once.

Behind the Scenes; or Thirty Years a Slave and Four Years in the White House

Don’t Hold My Hair
Abe Lincoln: Afterwards would take you over to the window and gesture to the sanitarium while also telling a faux-jokey tale about his days back in Kentucky
Mrs. Lincoln: Too many furbelows

Hold My Hair:
Elizabeth Keckley: Excellent in the moment, but she will remember forever and keep the dry-cleaning receipts.

Portrait of a Lady

Don’t Hold My Hair:
Isabel Archer: Not a time for virtuous rising to the occasion
Ralph: Too wan
Osmond: HORRORS. One million opportunities to damage your very soul. Would “wipe your face,” say there there, and send you back into a party with a line of vomit on your cheek.  Back in the ballroom, you make eye contact with a soldier, see his eyes widen in disgust. Heart pounding, you turn and look at Osmond.  He stares at you blankly.  “What, my dear?” he says, raising an eyebrow. “You look lovely.”

Hold My Hair:
Madame Merle: She’s been there, many times before. Her wrist bangles would be oddly comforting in their clinking.
Henrietta Stackpole: Efficient, would flush at exactly the right time, each time.

The House of Mirth

All Wharton criticism needs to immediately reorient itself around the basic tragic insight that  House of Mirth is the story of Lily hoping to find just one person who will hold her hair, and her  slow brutal realization that no one, no one, will do it for her.

Don’t Hold My Hair:
Anne Shirley: Good temperament for hair holding but bad at modulating her voice volume. Feels guilty about getting you in to this predicament in the first place with the cordial.
Emily Starr: Bad time for the Murray Look
Diana Barry: Means well but easily shocked
Aunt Laura: Too sympathetic; gets distracted making “there there” noises and forgets to flush
Emily’s Great Aunt Nancy: Used to be an expert hair-holder but now too jealous, misses her own drunk puking days.
Gilbert Blythe: You never noticed his smug streak until just right now

Rebecca Dew: Would scold a little but never tell the widows
Valancy Sterling: Excellent hair holder, practiced by bringing towels to Roaring Abel
Ilse Burnley: Master fucking class in hair holding right here, she has like 23 spare pony-tail holders around her wrist and excellent timing on when to come in with the joke that’s just funny enough to make you feel better but not so funny you start laughing and then puke again.

Don’t Hold My Hair:
Literally no one in Gatsby should hold your hair.

Their Eyes Were Watching God

Hold My Hair:
Over-alls Wearing Janie: Only over-alls wearing Janie should hold your hair. Early Janie, even pear-tree Janie, would be no good.  In fact one way to describe this novel would be “the growth of a young girl, Janie, into a woman who would be excellent at drunken hair-holding.”

Don’t Hold My Hair:
The Starks: Go away Starks
Brienne: Functional but not soothing; you’d know there’d be a lecture coming
Cersei Lannister: Even at her best would only stand five feet away, arms crossed, sipping her wine at you
Missandei: Did not escape slavery to do this shit for you
Daenerys Targaryen: Could maybe burn down the toilet after?
Podrick: Not judgy but bumbles with the towel
Osha: “Do you eat it after? I’ve seen worse.”

Hold My Hair:
Varys: Bonus, his wrists would look elegant when he reached out his hands and his sleeves fell back
Tyrion: We’re unresolved on this point, but think he’d obviously be great hangover company.

Don’t Hold My Hair:
The many Mothers, Mothers-in-law, and Daughters: One of the travesties this novel tracks is the impossibility, under patriarchy, of intergenerational hair holding.
Nino: Not as bad as Osmond but not good. Would get distracted by mirror in bathroom.
Lenu: Trying so hard, doesn’t have the bandwidth
Lila: There are many Lilas — fucking Nino in the bathroom Lila, strike-fomenting Lila, crazed-with-grief Lila — and almost all of them are going to be bad news when it comes to drunk puking. However it’s kind of brutal because there’s a part of Lila that would be such an excellent hair-holder! In a different and better world.

Hold My Hair:
Lila: Portrait-defacing Lila is the one you want in there with you. 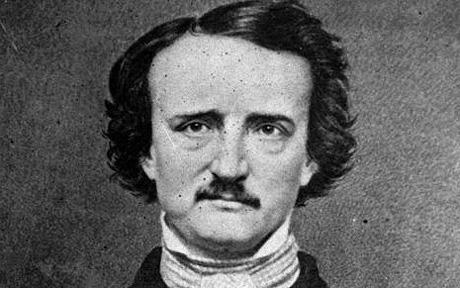 Hold My Hair:
Abigail Adams: Remember the ladies.
Anne Bradstreet: Secretly a materialist
Phyllis Wheatley: All evidence points to the fact that she was a really good friend.
William Faulkner: Almost as drunk as you, just not so drunk he has to puke in the same moment.
Audre Lorde: Self care.
Adrienne Rich: “The experience of [hair-holding] was to radicalize me.”
Emily Nussbaum: Buffy fans generally reliable hair-holders
Maggie Nelson: Smart, precise, doesn’t dwell
Sojourner Truth: Obviously.

In conclusion, we assert that holding another’s hair out of the spittle of inebriation is a key embodiment of the love, care, and revulsion that we bring to all our relationships. When we think our way into the qualities we strive for, and also seek out, as holders of hair, the ideal is a certain blankness: a competent but not overly human hold on your gathered hair; a dispassionate commitment to the logistics of finding a towel to clean up the splatter.

You want someone to hold your hair well and lovingly, but also to be assured that your hair holder will not turn the moment into a coercive, emotionally-binding one, or somehow more about the holder’s emotional needs than the practical, in the moment, vomit management.

Strangely, we find, this means that some of the most beloved heroines and heroes of literature would likely not make good hair-holders. It’s rather those characters who are slightly off to the side, or even those characters who are otherwise loathsome precisely because they cannot be fully emotionally bound to you, in a moral sense, that one most wants presiding over the chaos of the porcelain throne, hair held competently in hand.