Laura Had a Feeling

“Laura had to play outdoors by herself, and she had a queer feeling about the prairie. It didn’t feel safe. It seemed to be hiding something. Sometimes Laura had a feeling that something was watching her, something was creeping up behind her. She turned around quickly, and nothing was there.”

I recently taught Little House on the Prairie in a class on the history of American childhood and was struck not only by Laura’s incisive sense of the danger inherent in what her family was doing, but also by contemporary readers’ limited attempts to engage with it. If we take Laura’s fantasies about the dangers of the prairie at face value, we risk endorsing the violence of U.S. “manifest destiny,” fueled in part by colonial paranoia that “something was [always] creeping up behind.”  But when we gloss it over, we strip away the series’ most powerful critiques in order to craft an aura of homespun.

Laura most of all wants to “feel safe” on the frontier. From beginning to end her parents’ words and actions answer her desire with four necessities: Pa + dog + house + gun. In particular, Ma and Pa most often wield the gun as answer to the unsettling questions Laura repeatedly asks. If we take her insatiable questioning seriously, we see that this answer never satisfies, and it’s important to consider why. Pa and Ma (and, arguably, the series itself) celebrate the simplification provided by the gun, which flattens the prairie that Laura so fascinatingly sees as full of hollows and the unseen. What if, rather than accepting at face value or glossing over, we allowed Laura’s questions to bloom into critiques? Laura’s consciousness repeatedly trips the narrative and strains its message, in a way that exposes the book’s (and the audience’s) cowardice.

Initially, Laura is intimidated by the open and seemingly blank expanse of the prairie: “All around the wagon there was nothing but empty and silent space,” and “Laura didn’t like it” (7). The book emphasizes again and again that this is unmapped, uninhabited land —indeed, the first edition of the book described it as harboring “no people,” continuing, “Only Indians lived there.”[1] Pa, Jack, and the gun function as the coordinates by which Laura resists vertigo; their presence is frequently described in directional terms in order to emphasize her attempts to gain her bearings (“But Pa was on the wagon seat and Jack was under the wagon; she knew nothing could hurt her while Pa and Jack were there”). The wagon serves as a makeshift shelter, which she describes quite literally as the center of her universe, the point by which she measures a circumference: “Day after day they traveled in Kansas, and saw nothing but the rippling grass and enormous sky. In a perfect circle the sky curved down to the level land, and the wagon was in the circle’s exact middle” (13).

As if sensing a bubblelike quality to her worldview, Laura expresses frustration that “they couldn’t get out of the middle of that circle” (13). The Ingalls children especially grow tired of the view fostered by their parents, and the text begins to accommodate itself to a presumed growing discontent on the part of child readers. As if pressing at the dome’s outer limits and finding that the shell vibrates and responds to pressure, Laura steps outside the circle. She doesn’t have to go far before she discovers a “queer little kind of tunnel in the grass” and notes that “[y]ou’d never notice it if you looked across the waving grass-tops. But when you came to it, there it was—a narrow, straight, hard path down between the grass stems. It went out into the endless prairie” (55). She follows the path, walking more and more slowly until finally “she stood still and felt queer.” While this first discovery of a path out prompts her to hurry back to her parents, she returns with new questions.

Such scenes sit, unresolved, alongside Pa and Ma’s efforts to lock down the equation in Little House. Once they locate a site for their house, they are in a hurry to erect fortifications. While all four factors are needed for assured safety, the book suggests that the gun can “stand in” effectively for the others in a pinch. “Well, you have your gun, so I’ll not worry,” Ma declares to Pa, even as he protests that “I’ll feel easier in my mind when you and the girls have good solid walls around you” (71). Meanwhile, Laura, adept at reading inflections, commences parsing her parents’ conversation. She knows the house is safe but also understands the importance of gun and door as symbolic markers in enabling them all to feel safe. A man who relies upon axioms and folk wisdom in times of uncertainty, Pa tells Laura to “Do as you are told… and no harm will come to you” (146). “You can’t ever tell,” he advises her a few pages later, about anything, really, so it’s always “better to be safe than sorry” (153).

While the book bears him out on this philosophy by insisting that limits shouldn’t be questioned in high-stakes scenarios, it also suggests that it is her job to “pop the bubble” of the narrative arc, to resist sleights of hand. Her parents explain away Indian removal by references to “common sense and justice” (211), turning real people into songs and their traumas into tragedies. Ma sings softly about the disappearance of the Indian maid “Bright Alfarata” as Pa accompanies her on his fiddle, but Laura exposes the embroidery by asking where she went. In an exchange that is remarkable for the sheer number of non-answers her parents feed her, she continues her query, demanding to know why they had to go, who made them leave, and how they might feel about their situation. The chapter ends with a firm injunction from Pa: “No more questions, Laura… Go to sleep.” The song, he makes clear, is meant to be a lullaby, crooned from a comfortable rocking-chair, the prairie’s stories and silences produced and sustained by the gun in the settler’s lap.

Laura’s unanswered questions haunt Little House and unsettle our complacency with the genre. One hot day Pa lets the girls explore an abandoned Indian camp, and the experience enables Laura see everything differently. As they travel across the vast prairie, Laura feels “smaller and smaller,” even as “Pa did not seem as big as he really was.” Suddenly she finds herself in a “secret little hollow” that was previously hidden from view: “From the house Laura had seen nothing but grasses, and now from this hollow she could not see the house. The prairie seemed to be level, but it was not level” (175). In what to me is the most powerful moment of the book, she is surprised to discover that a prairie that seems so flat contains hollows (people and histories) that only reveal themselves once the all-mighty settler’s log cabin disappears from view. Wanting confirmation for what she sees, she asks Pa if there are lots of hollows like this one on the prairie, and he says there are. Her next question, which she whispers (“Are Indians in them?”), is so awesome to me – for the whisper, the pregnancy of the question, and for the simultaneously hedging and raw (refreshing for this book that is so full of didacticism) qualities of his response: “He said he didn’t know. There might be.”

For as much as Laura senses that her parents’ decisions are motivated by dangers she doesn’t understand or aren’t explained to her – dangers that they (and the book) reiterate again and again are very real, she also seems to sense that those “dangers” could be inventions that attempt to fill in and flatten interpretive hollows they are afraid to meet directly. In her awareness of the boundedness of her parents’ worldview even as she knows she has to “do as she is told” so that “no harm will come to [her],” she is a striking example of a literary child as agent. Excitingly for a book that feels so outdated and conservative, Wilder doesn’t seem to know what to do with her. Like Ma, who simply says her daughter’s name when she is fed up with her questions, the book ultimately says “Laura” and nothing else. It can’t meet her gaze, but it does her the courtesy of letting her vision stand. Laura knows that the utterance of her name “mean[s] that [she] must not complain,” “so she did not complain any more out loud, but she was still naughty, inside. She sat and thought complaints to herself” (15). 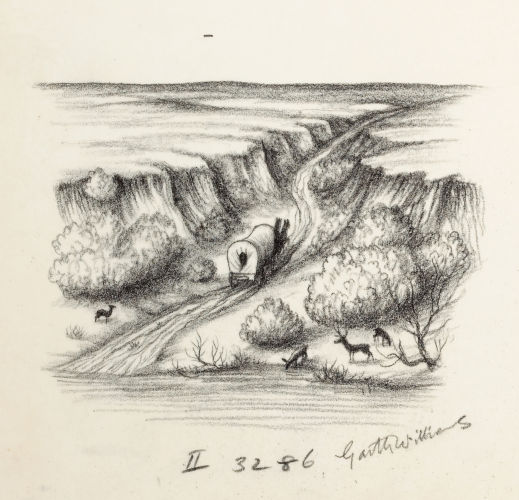 In her introduction to Huck Finn, Toni Morrison speaks of the “withholdings at critical moments” in Twain’s novel, which she initially viewed as shortcomings but in time “began to see as otherwise: as entrances, crevices, gaps, seductive invitations flashing the possibility of meaning, …unarticulated eddies that encourage diving into the novel’s undertow—the real place where writer captures reader.” I’ve always wondered why Morrison felt compelled to rescue Huck Finn from what I can’t help but read as its author’s ultimate ambivalence about race, but in the past week I can see why she might have done it. I feel a similar charitable critical impulse with Little House, an imperative to break open the story for Wilder and her readers. We’re all tired of the narrative of gun violence that plays out so frequently in American communities. Recently, like Laura, we have begun to push more insistently at the edges of the flattened view of the prairie, to look around the hollows and ask if there is a way to reroute this story so that children don’t “have to hide and be still in the tall grass, like a little prairie chicken” (54) when a real enemy, raised on prairie lullabies, comes knocking. It’s a sad commentary on the imaginative limits of white America that activism is brought on by narrative fatigue, but we have to start somewhere.

Laura, it turns out, is asking her country what it means to be a citizen. As she surveys zones of abandonment, she does so with ear attuned to the resonance of what’s left behind, the echoes that remain even after the space has been sanitized and made ready for the next generation of homesteaders. While her culture attempts to silence her and make her cute, turning her into a doll in need of protecting in order to legitimize its mission (and encouraging her to replicate this process with the Indian papooses she wants so badly to mother), Laura remains. She knows, implicitly, that no one can dismiss the white child from sight—the child must disappear by choice—and she uses that privilege to beg the adults around her (her parents, her readers, the author) to consider their social responsibility to tell a richer and more precise story, one worthy of the lives and histories she knows are hidden in the hollows, even if she herself can’t yet see them.

[1] The word “people” was replaced with “settlers” for the revised 1953 edition after an angry reader wrote to editor Ursula Nordstrom in 1952 complaining about the not-so-subtle implication in the 1935 edition that Indians were not people.