If I hum a few bars, you might begin to recall the tune. It goes like this. In August 1970, a warrant was issued for Angela Davis’s arrest. Two guns she’d legally owned and registered turned up in a courtroom shoot out a week before, and this disgraced philosophy professor, doubtful of getting a fair trial in Ronald Reagan’s California, went underground. For two months, Davis evaded police and the FBI, before she was arrested in a Times Square motel, resurfacing to one of the most publicized trials of the twentieth century.

Those are the verses most people know. But the song I’d rather sing you begins elsewhere—sometime in 1971, when Nina Simone carried a balloon into the Marin County jail where Davis was being held for trial.

The charm of Simone’s (literally) uplifting gesture is unmistakable as Davis narrates the episode in Shola Lynch’s fantastic recent documentary “Free Angela and All Political Prisoners.” The film reenacts the scene with the camera’s eye following a red helium balloon down a dark institutional corridor, toward a doorway flooded with overexposed light. This visual tableau signifies freedom. Coming in the middle of the film, while Davis is still in jail, its aesthetic makes a promise that the film’s plot has not yet delivered. The balloon becomes politics by other means.

In 1971, “Angela Davis” meant something that might now go by the name “Chelsea Manning,” “Edward Snowden,” “Mark Carson,” or even “Iraq.” These proper names have exceeded their headlines and become dense signifiers of the contradictions of the American democratic system itself.   Like the balloon, democracy is an invention of the eighteenth century. And even to their admirers, both, at times, can be full of hot air.

As Americans prepare to celebrate the 237th anniversary of the Declaration of Independence, their independent government is still confining at least 154 foreign nationals at a prison in Guantanamo Bay, Cuba, a significant number of whom inhabit another, crueler signifier of contradiction, “infinite detention.” The dire conditions of the US prison camp at Guantanamo could feel like they belong to an entirely different world than Simone’s whimsical balloon. To juxtapose them might seem ridiculous. Balloons don’t solve political injustice, and, despite what you may have seen in movies, they don’t even carry people to far away places. Moreover, there is little room for whimsy in US politics. Whims are highly subjective things, usually considered an aspect of arbitrary rule, a deviation from the allegedly rational decision-making practices of liberal government. No one who lived through the Bush administration could want more political whim.

If Simone’s whimsical balloon cannot free the detainees at Guantanamo—if, indeed, it did not even free Angela Davis—does that balloon matter? More immaterial still than a balloon might be the kind of song for which Simone was and remains so well known. In the scheme of things, balloons are like songs, insofar as each amounts to little more than a small gesture, a tiny expression, an insufficient agent. What we really need are big, transformative actions, because the world we live in—environmentally no less than politically—is, to use the common phrase, fucked. We owe the world and each other undeniably more than a small gesture.

What Simone’s balloon stands to remind us, however, is that a small gesture is still more than no gesture. An insufficient agent can still be a needful one. The plea I’m making here, in other words, is for both/and. An important hope for un-fucking our world can be found in more robust democracies, but that doesn’t mean that we can do without balloons. It certainly doesn’t mean we can do without songs.

One of Simone’s most iconic hits is 1969’s “I Shall Be Released”, and I sometimes fantasize that she dedicated a live performance of this celebrated ballad to Angela Davis.

It’s the song’s third verse, in particular, that I think would have lent itself to the cause:

Yonder stands a man in this lonely crowd,

A man who says he’s not to blame.

All day long I hear him hollering so loud,

Just crying out that he’s not to blame.

I see my light come shining

From the west down to the east

I shall be released

In 1971–72, Davis was the subject of many popular tunes, including those by John and Yoko, Todd Cochran, Phil Ranelin, and, in a rare overtly political song, the Rolling Stones. But if Nina Simone sang any verses to free Angela, their record appears to have fallen out of popular memory.

Four years earlier, in 1967, Bob Dylan wrote “I Shall Be Released” during the famous post-tour convalescence in which he recorded the 100-some songs later released as “The Basement Tapes.” Dylan was recording with his backup band, The Band, and “I Shall Be Released” found its way onto their debut album in 1968. From there, the jam spread like butter. In less than half a century, it has been recorded by over thirty different artists, and it serves as a live concert staple for at least that many more. In a blithe act of self-appropriation, Dylan rerecorded the song in 1971 and placed his first release of it on the second volume “Bob Dylan’s Greatest Hits.”

The frequency with which “I Shall Be Released” has been covered may have to do with the fact that the song cannibalizes a range of musical styles. Its combination of folksy melodies, percussive undertones, and gospel-inspired lyrics allow it to nestle into the repertoires of artists working in many different musical genres. Furthermore, many of the artists who have covered the song—Simone, but also Joan Baez, Joe Cocker—are well known for mixing the rhythms and melodies of jazz, folk, rock, and soul, into a sound that (along with Dylan’s) both defined an era and defied that era’s generic classifications. One of the few distinctly generic rearrangements is The Heptones’ 1977 reggae cover—though this designation crumbles when we recall that reggae itself is an evolution of ska, rocksteady, and calypso sounds, as they were blended in Jamaican dance clubs during the late 1960s. (And while it’s not easy to choose a favorite version, one worthy contender is an achingly beautiful 1969 live TV performance by Cass Elliott, Mary Travers, and Joni Mitchell.)

In the warbling vibrations of Simone’s gorgeous contralto, “I Shall Be Released” unquestionably jumped genres again, transforming into one of the era’s great protest songs. But by 1969 Simone had been making political music for quite a while. On September 15, 1963, she penned her most famous protest song, “Mississippi Goddam,” in response to the murderous bombing of the 16th Street Baptist Church in Birmingham, Alabama (coincidentally Davis’s hometown) that left four little girls dead. Hearing the news, Simone writes in her autobiography, “I sat struck dumb in my den like St Paul on the road to Damascus,” and then suddenly, furiously, in rage and self defense, she tried to build a homemade pistol out of old tools. When a lover found her, he didn’t try to stop her, but reminded her “Nina, you don’t know anything about killing. The only thing you’ve got is music.” She took his point, and yet few people would call the now legendary protest song she wrote in the aftermath of these events “only” music.

Songs and balloons and small gestures don’t change the world, but they lubricate the frictions of political life in a way that is integral to change. When Simone sang “Mississippi Goddam” from the stage of Carnegie Hall in 1964, she had been playing piano for nearly three decades. She undoubtedly knew the old joke about how you get to Carnegie Hall, but for all her accomplishment she still seemed to think she was practicing. Or, as she says in the Carnegie Hall recording, “This is a show tune, but the show hasn’t been written for it yet.” The song was a small gesture, but it was offered in anticipation of the big gestures that are much harder to make and which, because they are more necessary, depend for their efficacy on being executed with the greatest possible forethought and care. Because a song, by contrast, is only a small gesture, it can bear the risks of improvisation.

It was in that spirit, perhaps, that Dylan rewrote the lyrics to “I Shall Be Released” when he performed it at the Kennedy Center on January 20, 1986, in honor of the first year that Martin Luther King Jr’s birthday became recognized in the US as a federal holiday.

It don’t take much to be a criminal

One wrong move and they’ll turn you into one

At first decay is just subliminal

To protect yourself and you’re forever on the run

I see my light come shining

I don’t need no doctor or no priest

I shall be released

With the gnomic lyrical density of the prophet he is often taken to be, Dylan commemorated this most iconic Civil Rights hero by pointing away from national mythmaking and toward the violence of structural racism. The verse’s criminal metaphor proves to be poignant, for the US’s system of mass incarceration holds more African American men in bondage than did slavery, and these escalating carceral rates track chillingly with the decline of the Civil Rights movement in the 1970s. But if we can agree that the penal system is vilely racist and woefully outdated, that does not mean that it can’t immediately be reformed—to abolish slavish labor conditions, to improve health and safety for prisoners, and perhaps most crucially to end solitary confinement. There is no absolute choice to be made between reform and revolution. Solving the big, structural problems in the long run does not have to be an alternative to palliating the more egregious aspects of the system in the short run. 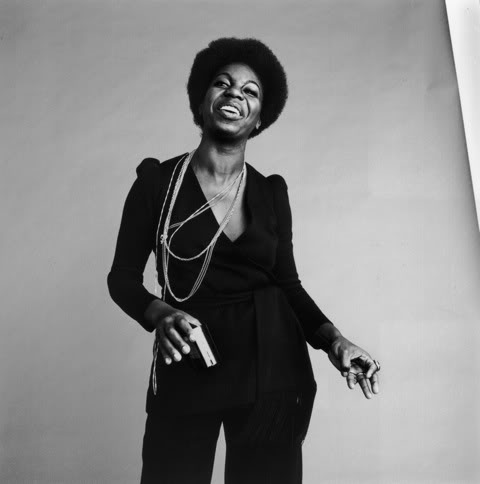 Only a cold intellectualism imagines that generating the perfect critique must precede rolling up our sleeves and acting in good faith from the positions we happen to inhabit and with talents we happen to possess. In justice as in most aspects of this fractured life, there isn’t a single answer. Even when there is—say, in a math problem—there’s usually more than one way to solve for x. Some of us are smashing down the prison walls. Some are handing out balloons. Some are singing songs about it. All shall be released, as Dylan wrote, but there’s a lot of work to do. That means rewriting the lyrics and changing the tune.