The young women I teach are all on birth control.  All the women they know are on birth control, or have been at some point.  And yet, somehow, access to birth control seems non-urgent to them; it seems inevitable. My students take birth control like they take aspirin, like they go to the drinking fountain: they take it like you can press a button and the ability to regulate your reproductive life will flow, cleanly, forever.

I don’t think they get how wrong they are.

My students’ ideas are better, in that they have the idea they are entitled to life with a vibrant sexuality, meaningful work, and authentic choices. I like that idea, too.

But I think it’s worth it, in this election season, to cut to the chase: my students’ lives are better not because of their ideas, but because of their birth control. Birth control — insivible to them as it might be — is the single idea that makes all their other ideas thinkable.

So in honor of the moment, let’s pause and look at some women in the past who had very good ideas. And let’s think about how their lives might have been different, if they’d had the birth control my students now take for granted: if they had not paid the physical, emotional, relational toll of a lifetime of unregulated pregnancy. Let’s look at some ladies who could have used Obamacare’s birth control mandate.

Did you know Laura had a brother never described in the books? She did.  That makes five little kids on the prairie. That is a lot! And, you know, I imagine that Ma was pretty okay with Carrie, but  I suspect that Ma was pretty over it by the time Grace, the fourth daughter, rolled around. I mean, seriously: the fourth set of prairie diapers, the fourth little prairie menstruator. I love Pa, we all do, but dude was gone a lot and I do not think he helped wash whatever they were using as tampons. I truly cannot imagine poor Ma dragging four daughters with their needs and fluids across all those states, and doing all that crap then having your daughter write all these books about how Pa was the fun one.

Angelina Grimke was an early feminist and anti-slavery activist. She was born in 1805 and wanted to have a career in political life—her husband, Theodore Weld, wanted that for her too.  Let’s be clear that Angelina had very good ideas. But after her third pregnancy her uterus prolapsed, effectively ending her career, because of pain and leakyness.  I still cannot get over how sad I think this is.  When I first learned about Angelina’s uterus, I was talking with Sarah B. and she noted that I probably took it so hard because Angelina’s story, was, and I quote, “compounded by a jillion other sad stories just like it of awesome women and how fucked over they got.” Another word for “fucked” here would be “pregnant.” 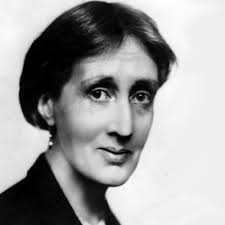 (No Children, Bless Her)

My students are always really cute and think that they need a room of their own to write in.  And I’m like: well, yes. You do. But let’s also look at what Virginia Woolf, childless, knew:

We should remember here that Virginia’s account of motherhood remains, even today, the heart of an insane juggling act carried out by every mother I know (most fathers, too, except they do not have to manage pelvic floor issues on top of the other stuff). Virginia’s reckoning of the sheer time required by mothering forces us to cast the “room of one’s own” a little differently. It makes us remember that at least one crucial thing Virginia meant by that room is a private bedroom, where you could protect  yourself from the (to Virginia) horrifically time-sucking consequences of your husband’s impregnating dick. Five years is a lot of time, if you’re Virginia Woolf, and even if you’re not, to not spend writing your amazing fucking books.

(One out-of-wedlock imaginary baby each)

I am putting them all together, those poor awesome ladies. Sometimes I like to imagine what each of them would have said, after their affairs, if they had been able to conduct them with the benefit of birth control.  I imagine them all saying to their girlfriends, “Like, whoah, so glad I didn’t get knocked up by that loser.” 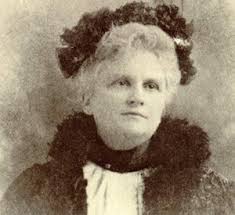 Kate Chopin never wrote anything until her husband died. Widowhood is one kind of birth control, I guess? It is not one I would prefer.  I’m sure the six children were all great  but personally I’m really sorry she couldn’t have swapped out two or three of them for another The Awakening. 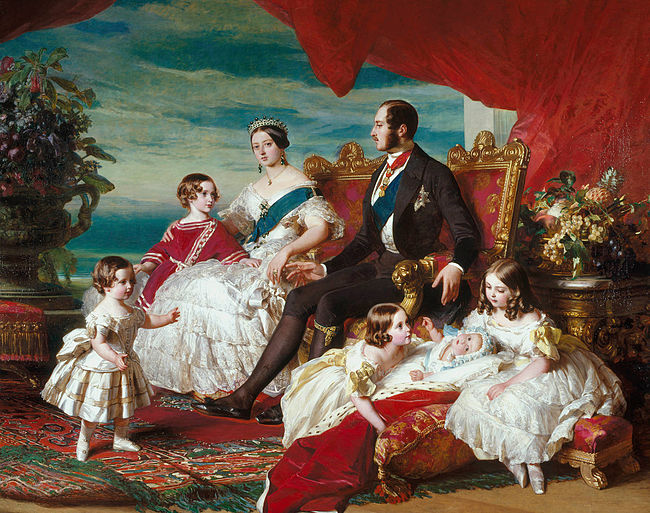 Actually Queen Victoria seems to have done mostly okay. I insert her as proof that you could have an active sex life and a public career without birth control, as long as you were the Queen of England. [Edited to add: I once had a student who was totally dismissive of Victoria’s “I hate prengnancy, it sucks” letters–of which there are many–and this dude said, he totally said, “well, if she didn’t want to get pregnant so often, she should have nursed her children longer.” HE. SAID. THAT, that ignorant CHILD.]

My great grandmother Odessa Lewis Derry had no birth control, no room of her own, and six children. Keeping them fed and clothed is pretty much what she did. The next three generation of women in my family all went on to get advanced degrees. My great-grandmother is widely acknowledged, in the family, to have been something of a bitch. When I think about her six children and her preoccupied brain, I think I know why. What could my great grandmother have done, had she had a little bit of agency over her own reproductive life?  What about your great grandmother?  How many kids did she have?

I myself have had two children, under about the best conditions possible: my pregnancies were healthy, I chose—mostly—when I wanted my children to be born.  I enjoyed being pregnant. But nothing has made me value birth control more than the experience of having two beloved kids.

This spring, my students jumped to the defense of Planned Parenthood; they were outraged when Rush Limbaugh went after Sandra Fluke. But even as we all jumped to defend Fluke’s right to the sex life she preferred, there was surprisingly little push back on the idea at the heart of Rush’s comment: that birth control is something you need for those wild and crazy early years, and not something that you need for your whole life.

Indeed, you need birth control to have a life.  And not only a life of the mind, a life you can structure and define to your will.  Birth control means a longer, healthier physical life, by any measure: and to see this, all you need to do is to look at women’s health in the many parts of the world where women don’t have widespread access to the birth control they deserve.

This Tuesday, when we vote, we will be making a choice between a candidate who seems to recognize that access to birth control is essential to women’s lives, and a candidate who is willing to give up that mandate in the name of dogma disguised as “freedom.” And I cannot tell my students who they should pick, so I will say it here, in the strongest possible terms: choose the one who will give you choices. Choose the one who will protect birth control, because — even you they don’t see it — the birth control access you save might be your own.